Get Down With Warren Buffet! 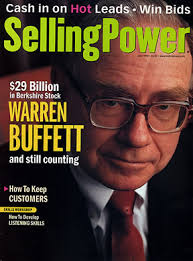 Ok if you’re on the internet merry go round you’ve seen this email circulating for the last few months but I’m posting here because there are a number of folks, like my Dad, who don’t feel comfortable on the net so he and my mom actually watch their Korean soaps on KBFD and not on some ripped off pirate channel on line. What do you think? Enjoy!

Warren Buffett, “I could end the deficit in 5 minutes,” he told CNBC.

“You just pass a law that says that anytime there is a deficit of more than 3% of GDP, all sitting members of Congress are ineligible for re-election. The 26th amendment (granting the right to vote for 18 year-olds) took only 3 months & 8 days to be ratified! Why? Simple! The people demanded it. That was in 1971…before computers, e-mail, cell phones, etc. Of the 27 amendments to the Constitution, seven (7) took 1 year or less to become the law of the land…all because of public pressure.

Warren Buffet is asking each addressee to forward this email to a minimum of twenty people on their address list; in turn ask each of those to do likewise. In three days, most people in The United States of America will have the message.  This is one idea that really should be passed around.

*Congressional Reform Act of 2011*
1. No Tenure / No Pension. A Congressman collects a salary while in office and receives no pay when they are out of office.

3. Congress can purchase their own retirement plan, just as all Americans do.

4. Congress will no longer vote themselves a pay raise. Congressional pay will rise by the lower of CPI or 3%.

6. Congress must equally abide by all laws they impose on the American people.

7. All contracts with past and present Congressmen are void effective 1/1/12. The American people did not make this contract with Congressmen. Congressmen made all these contracts for themselves. Serving in Congress is an honor, not a career. The Founding Fathers envisioned citizen legislators, so ours should serve their term’s), then go home and back to work.

If each person contacts a minimum of twenty people then it will only take three days for most people (in the U.S.) to receive the message. Maybe it is time.

This is how we’ll fix Congress!  If you agree  pass it on.